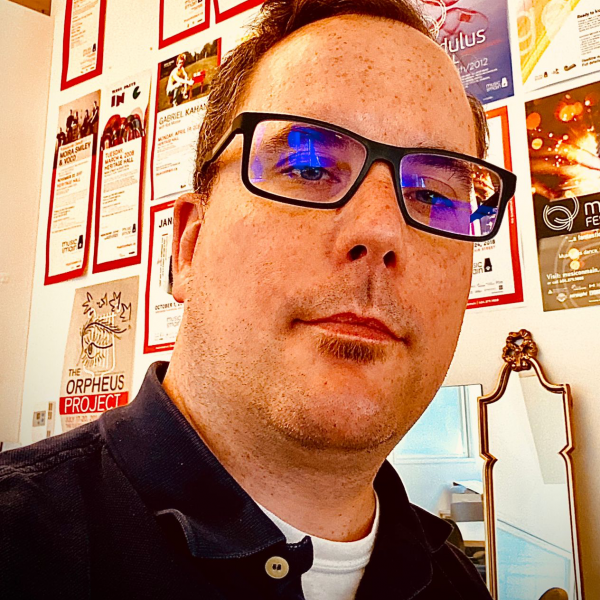 Joseph Bardsley joined the Music team at Creative BC in January 2022. Prior to this role, he spent five seasons at Music on Main as the company’s inaugural Development Manager, leading all fundraising and grant writing efforts for the organisation. Before Music on Main, Joseph spent seven seasons at Vancouver Opera as the company’s grants manager, building on earlier grant writing and fundraising experience at Theatre Calgary and Alberta Theatre Projects.

Beyond his work at Creative BC, Joseph sits on Vancouver Foundation’s Arts and Culture grants advisory as a volunteer peer assessor, and spends additional time as an advisor for the City of Vancouver’s Neighbourhood Matching Fund. Joseph is also a seasonal presenter on grant writing for undergraduate arts management students at Simon Fraser University, and has provided similar contracted support to the UBC Faculty of Music. He’s served as a music panellist for the Canada Council for the Arts, the BC Arts Council, the City of Vancouver, and the Province’s artsVest program. He’s also received recent professional development funding from the Canada Council for the Arts and the BC Arts Council for self-directed arts management and mentorship projects.

Joseph is a 2020 alumnus of the Banff Centre’s Cultural Leadership Program. In 2017, he was part of the inaugural Talent 2 Lead national arts management cohort, with support from the Department of Canadian Heritage and the Metcalf Foundation. Joseph holds a BA in Journalism (2006) from Mount Royal University, in Calgary. Beyond all things work-related, he’s also one of two Trustees for the Bardsley-Heng Family Fund, held at Vancouver Foundation, which provides annual support for local arts, culture, and health-focused charitable projects.