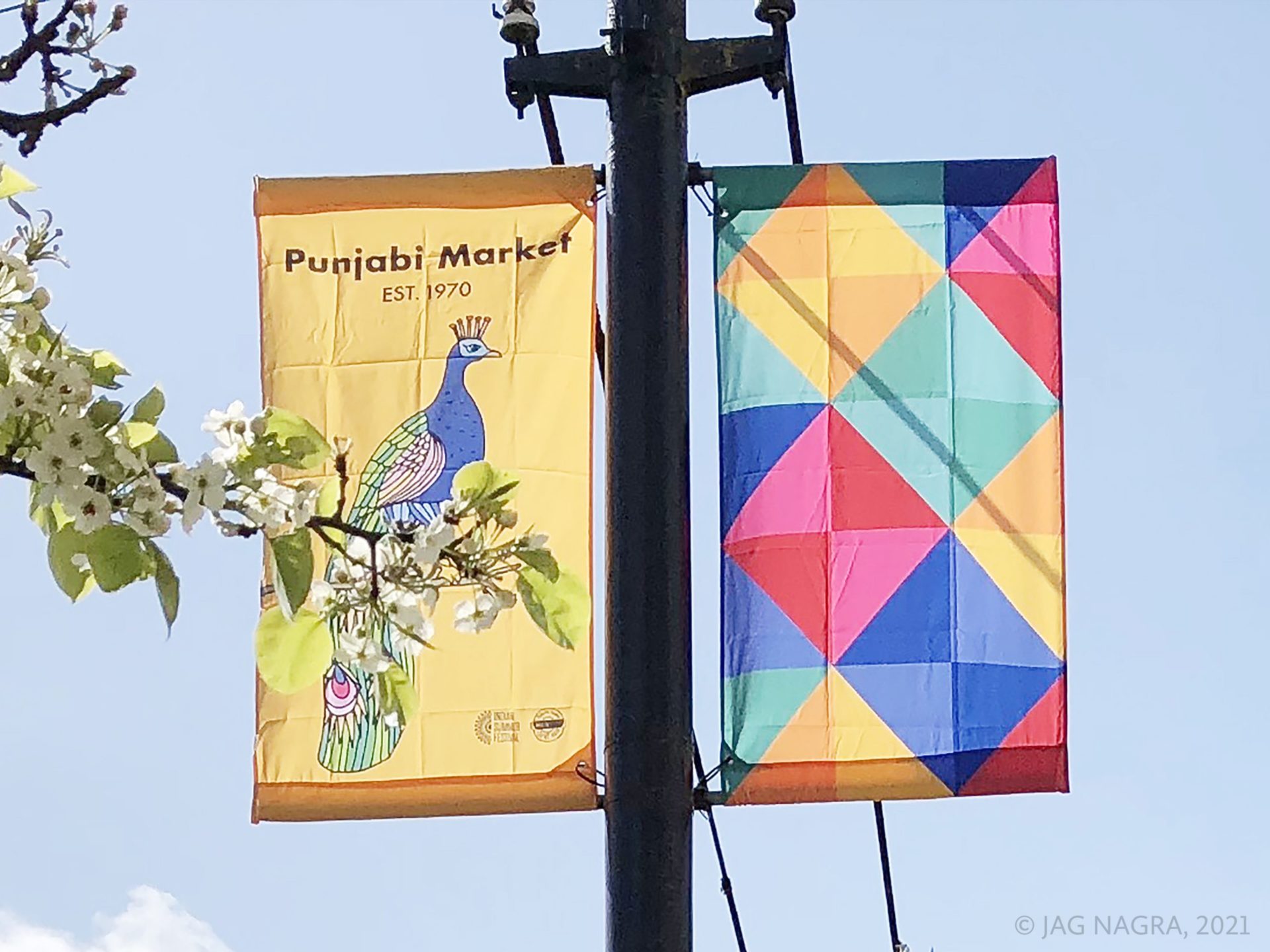 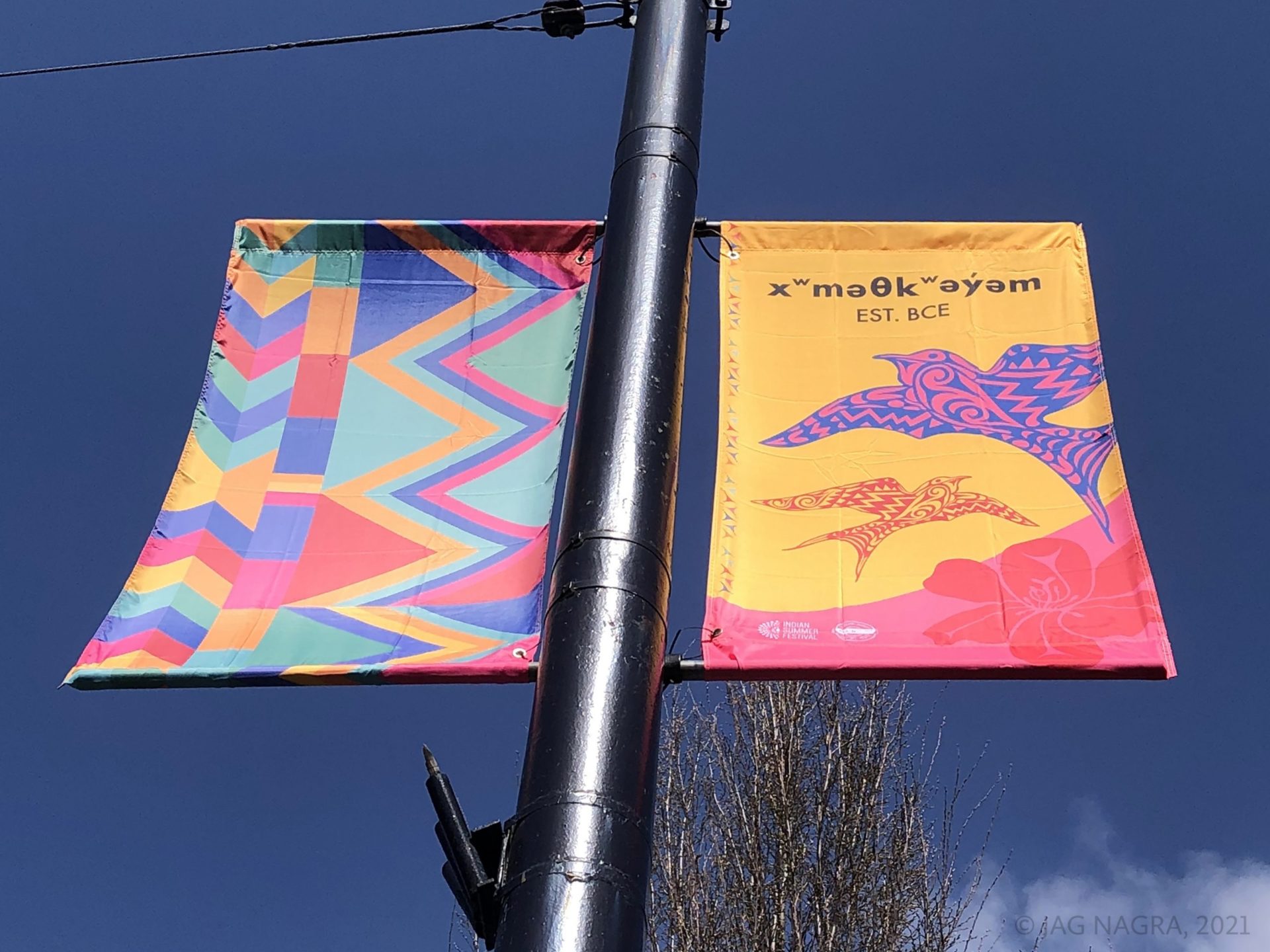 Earlier this year we unveiled a stunning new visual art project in collaboration with the team at the Punjabi Market Regeneration Collective, on the unceded lands of xʷməθkwəy̓əm (Musqueam) Nation. The project enlivens the street banners around the market with stunning artwork by renowned Musqueam artist, Debra Sparrow ISF2021 Featured Artist, Jag Nagra.

The project speaks to the idea of place and placemaking in the context of the Punjabi Market being located on unceded, ancestral Musqueam territory and marking 51 years of existence as an important hub for the South Asian community. As Debra Sparrow puts it…

Roadways in our world today

Replace the rivers that were the roadways of the past

Where people congregate for food and gatherings

In Musqueam, the old people tell a story

Of a two-headed serpent making its way through the waterways

Over the last two centuries, the story has disappeared deep into the bottom of the river

Bringing back stories that are never ending and important for the places we live.

And are as old as time…

The modern designed birds are filled with Salish elements

Like us, in this modern day world we adapt to.

The colours are in keeping with Jag Nagra

And her amazing reflection of her history,

Both as ancient as time

We walk together on this land

“The two banners I designed comprise of a phulkari pattern and a peacock,” says Jag Nagra, artist and member of the Punjabi Market Regeneration Collective. “Phulkari is traditional embroidery from the Punjab region of India where individual stitches create bold, colourful patterns. And much like the phulkari, what makes up a community is the weaving of individuals. Thread by individual thread is intertwined to tell a story, one that connects us all.”

The Punjabi Market Regeneration Collective expressed their appreciation for Indian Summer Arts Society in helping to enable the realization of this art installation. “Thanks to the coordination, support, and partnership of Indian Summer Arts Society, we’ve been able to collaborate on new banners to liven up the street and give the neighbourhood a refreshed visual identity, says Pall Beesla on behalf of the Punjabi Market Regeneration Collective Board of Directors. “The Indian Summer Arts Society played an important role in facilitating meaningful relationships and we are deeply honoured by the embrace of the Musqueam Indian Band and by the inclusion of Debra Sparrow’s artwork alongside Jag Nagra’s. This is the first time in Punjabi Market’s 51 year history that the Musqueam Nation’s flag has flown in the market. Tangible changes like this help honour the past, celebrate the present, and give hope for the future.”